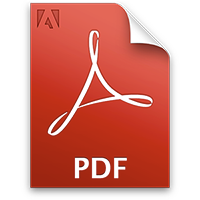 After his last superb solo album “Malili Dreaming”, Texan-born Australian classical guitarist and composer Anthony Garcia joins forces with Colombian Latin harpist Sandra Real for a disc of Spanish and Latin American classics. True, there’s a dash of English baroque thrown in with an arrangement of Purcell’s “rondo” from Abdelazer, and one of Garcia’s own works ends the recital. But this is very much a smooth, jazzy, up-beat affair, with plenty of vibrant rhythms and exciting improvisation. That’s not to downplay the slickness and technical perfection of the playing from both musicians, however, which is in evidence throughout – as is an obvious grasp of style (especially noticeable in the beautiful Espanoletas and lively Canarios, both by Spanish baroque composer Gaspar Sanz). But the real strength of Zarabanda as the two performers are collectively known, lies in its ability to inject freshness and spontaneity into every piece, whether it be in more obviously classical works like Granados’s “Spanish Dance” No 2 Oriental or Latin American favourites like Venezuelan Hugo Blanco’s “Moliendo Cafe”, Puerto Rican Bobby Capo’s “Canela” and Brazilian guitarist Celso Machado’s “Marchinha de Carnaval”. Partaking as it does of both worlds, Garcia’s evocative “Spring Nocturne” makes a perfect piece with which to finish. The only problem I have with this otherwise outstanding release is it lack of booklet notes.

Here, Australian guitarist/composer Anthony Garcia explores the colouristic potential of the classical guitar to the maximum with an attractive program of his own compositions. Bracketed by two substantial tone poems (the first of which gives the album its title) are a set of variations on La Folia, the suite Eternal Sunshine, A Love Sonata and Three Ballads; to complement each work the accompanying booklet features equally colourful illustrations by Mollie Taylor and poetry by Garcia himself. Both pictures and poetry mirror the rhapsodic quality of the music, which on the whole seems to shun real development in favour of using complex effects (the gamelan imitation in the title track being just one striking example) and
changing textures to bring out the underlying emotional content. The two exceptions are Garcia’s brilliant La Folia variations, which recall Mexican composer Manuel Ponce’s own foray into the genre and the slow movement of the Love Sonata, ‘Love’s Reflection’, the delicate counterpoint of which recalls the music of an earlier time. Garcia draws on a range of styles to fashion his attractive and highly distinctive musical language, from jazz and folk through to contemporary. And he has technique to burn.

American born Garcia was raised in South-East Asia and Australia and explored his Mexican ancestry in four years living in that country teaching guitar at university. All of these influences are assimilated into his style as the Brisbane-based guitarist delivers his second album of original work.

Unlike some solo classical players he has experience in rock and jazz and his love of improvisation naturally developed into a gift for writing his own compositions. Technically he is brilliant, and the 12-minute suite Eternal Sunshine shows how he uses that to emotional effect, playing with fire and grace interwoven with more traditional classical elements. Even more striking is the vivid Malili Dreaming, where Garcia draws on his childhood memories of Indonesia and, among other things, is able to echo the sound of the gamelan he heard in his youth. This album emphasises Garcia’s melodic gifts, while pieces such as Not Far From Home demonstrate his desire to keep pushing solo classical guitar in challenging-but always entertainingdirections.

Mexican-Australian guitarist Anthony Garcia has very gamely recorded his own music for his latest disc, Skyflyer. He is an excellent guitarist and although his compositions are an unknown quantity, this disc dispels any doubts about an innate ability to create music that draws together the many cultural threads weaving through his life. It blends formality with a colourful improvisatory flair.

Skyflyer is named after the final track, an evocative piece that sums up the contents of the program opening with Tyalgum, a five movement suite inspired by the Northern New South Wales township that hosts an annual music festival which featured Garcia.

His music knows no geographical bounds, so the Oceania track might have emanated from either side of the Pacific. It is eloquent in its imagery and his stunning tremolo technique in Mountain Tremolo at times almost echoes an indigenous Australian mood. His whole oeuvre is a distinctive meld of diverse colours.
Patricia Kelly, The Courier Mail Saturday 24 September 2004

Anthony is a world class performer who composes amazing music and performs with virtuosic grace. Our audiences have deeply appreciated his creative voice, his intimate manner, and his unique ability to take the listener on a journey.