From the experimental music scene in New York to performing early music with the Australian Brandenburg Orchestra acclaimed guitarist/composer Anthony Garcia is a unique voice in the Australian music scene.  Performing throughout Australia, China, Thailand, Japan, Mexico and the United States both as a soloist and in collaboration with creative artists across range of fields Garcia’s ever-evolving musical landscape embraces diverse cultural connections and contemporary experimentation.  Fusing the ancient with the contemporary, Latin folk with exploratory jazz, pulsating world rhythms and Asiatic soundscapes, Garcia’s music, firmly grounded in the historical traditions of the guitar continues to take audiences through uncharted waters. 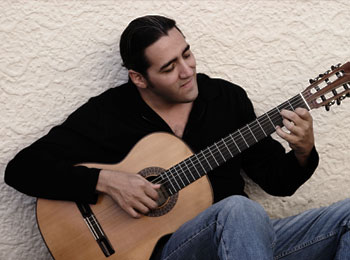 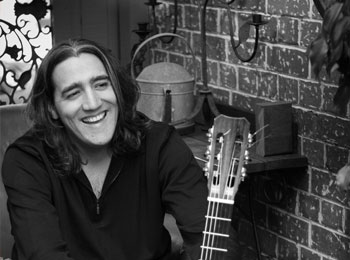 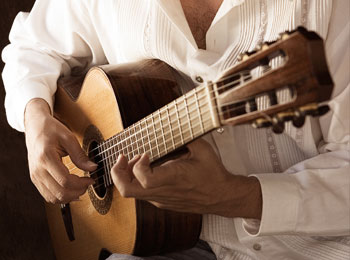 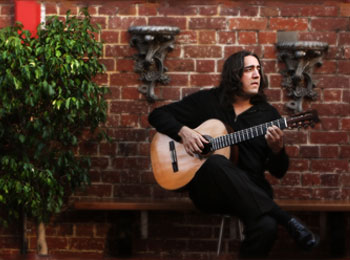 After completing a Masters degree in classical guitar performance at the University of Queensland in 1999, under the guidance of renowned teacher Isolde Schaupp, Garcia relocated to Merida, Mexico, working at the Universidad Autonoma de Yucatan between 2000-2003.  The ‘Mexican experience’ inspired the musical and spiritual transformation that underpins his music making philosophy today.   “When I saw how integrated, free and spirited the Mexican people were with their music I knew I had much to learn. I subsequently embarked on a process of musical transformation, allowing more space to improvise, to express more spontaneously the ideas and feelings that swirled around me from day to day.”  During his time in Merida Garcia established an annual guitar festival, a University guitar orchestra and a monthly recital series.  His open philosophy of music-making, elucidated through a PhD in Music at the University of Tasmania (awarded 2015), has fostered a free and expressive performance approach integrating improvisational methods from the Baroque and Renaissance periods with range of ethnic music traditions including Celtic and Spanish guitar/ flamenco guitar styles.

The performative methodology underpinning Garcia’s research is being applied in a range of new research projects in fields of music education, pedagogy, performance practice and music and psychology. Garcia’s research into intercultural collaboration and improvisation has led to the development of Sounds Across Oceans, a new integrated learning and teaching method that explores more holistic and culturally relevant approaches to music-making. A short documentary highlights the methodology currently being examined: https://youtu.be/5wNQSu6S9MI  Sounds Across Oceans is currently being implemented at Kedron State High School in Brisbane as part of an artist in residency grant funded by Arts Queensland. (AIR)

Convergence: the Science, Art and Spirit of Compassion, a recent research collaboration with clinical psychologist & speaker Dr. Stan Steindl, has led to the development of a live two hour intervention that combines loving-kindness mediation and improvised music to enhance compassion and self-compassion. A Convergence meditation CD is now available for purchase.

Garcia’s compositional output continues to encompass an eclectic range of styles and approaches.  Accompanying a large body of work for solo guitar are compositions for guitar ensemble, guitar and strings, numerous chamber works as well music for guitar and shakuhachi and experimental digital and electronic compositions.  2015 has seen the commission of two new works, Kakehashi (Sonic Bridge) for three shakuhachis, shamisen and guitar (commissioned by Wako Salon, Japan) and Our Song for children’s choir and orchestra (commissioned by Windsor state school for their 150th year anniversary). Other seminal compositions include Songs from the Divine Wilderness (Suite for guitar and violin) premiered at the Adelaide International Guitar Festival in 2009, Ulysses Blue for Guitar Orchestra and Didgeridoo, premiered by the Townsville Guitar Orchestra and William Barton in 2009, City Scapes for Soprano Saxophone, Guitar, Cello and Piano, performed for the Queensland Ballet series Soiree Classique in 2009 and Three Sketches for Guitar and Shakuhachi performed with Riley Lee in 2008.  New works to be premiered in 2016 include a concerto for Guitar and Orchestra and a triple concerto for Guitar, Didgeridoo, Shakuhachi and strings.